The first Indoor Skydiving Global Summit wrapped up earlier this month as delegates from across the industry descended on Castelló d'Empúries to discuss indoor skydiving. The summit resulted in a conclusion on several points which we at Indoor Skydiving Source have promoted for years:

Below you'll find a summary of the event with some event photos to finish. We would like to congratulate Roland Hilfiker, CEO of Support Air International on his efforts in bringing this summit to life and furthering the sport of bodyflight.

Delegates at the first Global Indoor Skydiving Summit (ISGS) voiced agreement that there needs to be broad cooperation to foster growth of the young industry and of the sport of indoor skydiving. They stopped short, however, from adopting a vision statement. “I did not come here to be fitted with a vision statement,” is how one panelist and delegate, Simon Ward, the CEO of iFLY, put it, all the while acknowledging that the points taken up in the text should remain the focus for all stakeholders in indoor skydiving. 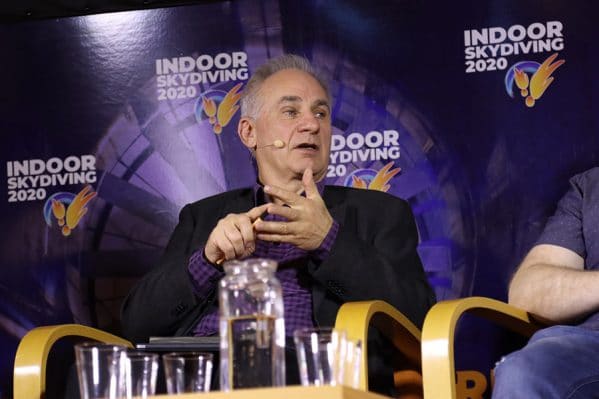 Delegates representing different companies and stakeholders – as well as themselves – at the first Indoor Skydiving Summit agreed that there needs to be cooperation in order to:

The summit, in Castelló d'Empúries on the Costa Brava in Catalonia, brought together some 80% of the manufacturers and around 50% of the operators of wind tunnels worldwide. Together with the representatives from national governing bodies and other stakeholder categories, they had traveled from Europe, North America, Australia, the Gulf States and Russia, confirming the event’s global scope. 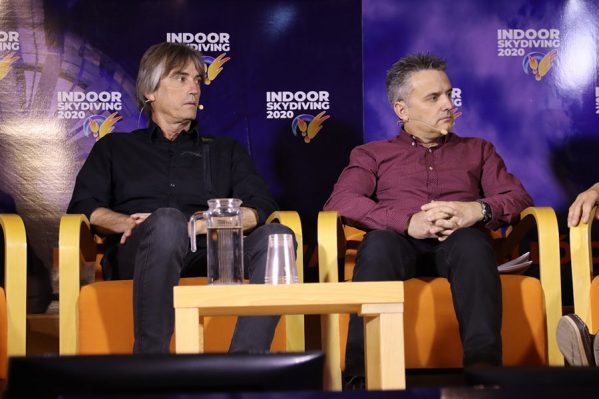 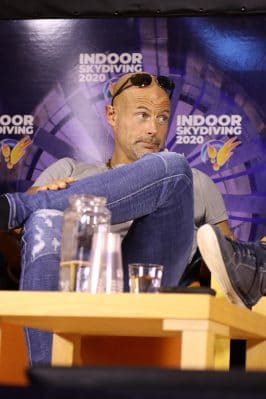 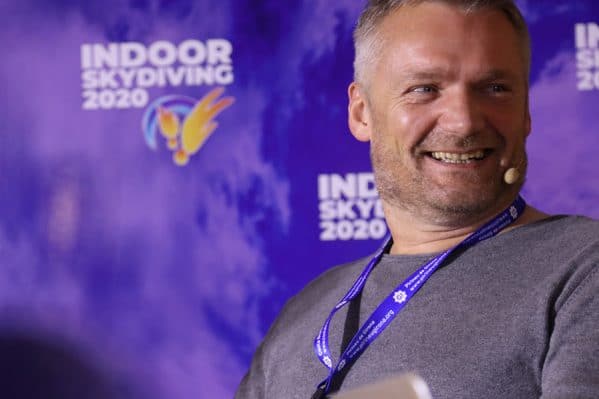 Castelló d'Empúries is a world center of skydiving, and the backing for the Summit from Skydive Empuriabrava and Support Air International, the enterprises that had started skydiving there 35 years ago, as well as from local and regional government institutions highlighted the strong connection with all variations of the sport.

Indoor skydiving accurately creates the experience of freefall without the need to jump from an aircraft. It has grown as a popular leisure activity and is used by outdoor skydivers to improve their skills. It has also emerged as a sport in its own right and even sought a place on the program of the Paris 2024 Summer Olympics.

Organizations taking part in the Summit included leaders in the highly competitive wind tunnel business such as iFly, ISG Group and Tunnel Tech, and the French Parachuting Federation, which led the campaign for Olympic inclusion in Paris 2024.

Leaders expressed optimism about indoor skydiving being included on the program of future Olympics and of other multi-sport games.

“The First Global Summit far exceeded expectations,” said Roland Hilfiker, CEO of Support Air International, which had organized the event. “We were able to bring together business competitors and stakeholders with divergent views on how indoor skydiving should develop, and start building industry consensus.”

In a series of in-depth sessions on business and sporting topics, delegates at the Summit agreed on the need to establish common industry practices and safety standards for manufacturers and operators of wind tunnels. 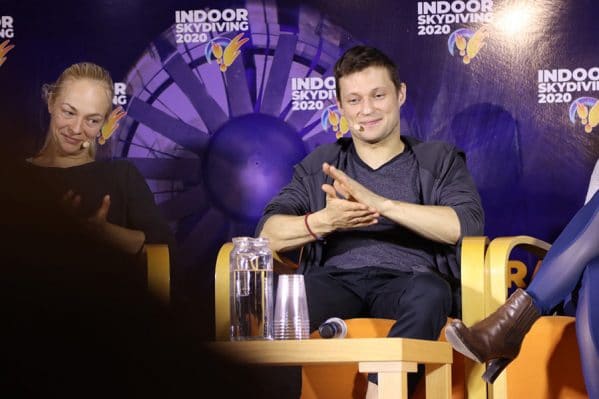 They also supported cooperation to deliver consistent and engaging communications to build the brand of the collective of indoor skydiving, and to develop sports formats and competitions that gain wider media exposure and attract greater public interest.

The Summit was held alongside The Wind Games, one of the premier indoor skydiving competitions on the calendar, which had attracted 180 competitors from more than 30 countries to the Windoor wind tunnel, right next to Empuriabrava’s skydiving center.

In an encouraging contribution on sustainability, a few of the delegates reported that they use green energy to power their wind tunnels, having negotiated with the suppliers to limit what they provide to renewable sources.

“People at the inaugural Summit said they are looking forward to the next one, and I am confident that we will see a lot of progress in the industry and the sport before it takes place,” Hilfiker said. “Indoor skydiving has huge potential to grow and evolve as a sport, a fun activity and an entertainment proposition for all.”

All websites and the social media outlets associated with the summit will remain active as a knowledge repository and as platforms for the overall process, above all the dialogue, to continue. Maybe until such time that a second edition of the summit is held. Maybe again in Castelló d’Empúries, the Catalan town where the first ever bid for parachuting and skydiving to be included in Olympic Games was presented to the Barcelona 1992 Organizing Committee on 21 March 1987. 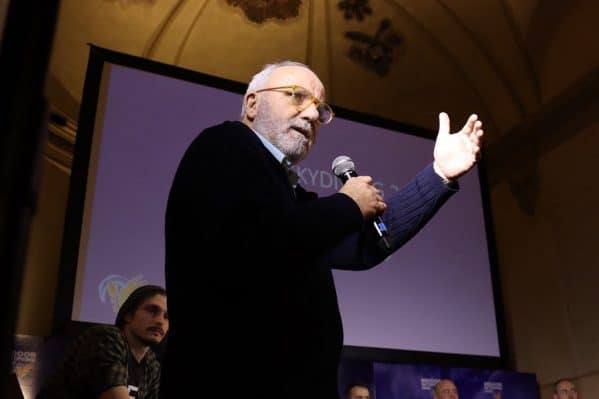 Indoor skydiving has not yet fully conquered the world and might not be on most people’s radar. But it is happening – in a big way.

What hides behind the name is an industry that may well be one of the best kept secrets in sports, or entertainment for that matter. For four decades, people the world over have been skydiving indoors, in vertical wind tunnels, and enjoying the very experience that used to be reserved to the select group of adventurers who dared to leap out of an aircraft.

Since 1981, the year that Marvin Kratter, owner of the Boston Celtics basketball team, opened the doors of the first ‘Aerodium,’ a vertical wind tunnel built on the basis of a Canadian patent, in Las Vegas, some 200 facilities have gone into operation in over 60 countries.

The once exclusive freefall experience is now accessible to anyone willing to shell out about €50. And there’s no need to leave terra firma, except for the few decisive feet in the tunnel. iFLY is the industry leader with close 90 tunnels operating under its brand – either as wholly owned or as franchised properties in the USA, Europe, Asia and Australia.

Wind tunnels require serious investment, with the initial outlay for a state-of-the-art tunnel in the range of €15 to €25 million and the costs of operation easily averaging €1-€2 million per annum. The fact that tunnels keep popping up everywhere indicates that the business is profitable.

Most recently, in November 2019, the world’s biggest wind tunnel went into operation on Yas Island in Abu Dhabi.

You can find videos from the event at: https://www.indoorskydiving.stream/