SkyVenture is amongst one of the pioneers in wind tunnel manufacturing. They constructed their first tunnel in Orlando in 1998 and it still operates today. This tunnel was a 12 foot open flow model. As the industry has exploded, larger and larger tunnels have been built. The largest in operation today being a 17 ft diameter model built by Strojirna Litvinov. The most popular flight chamber size across all manufacturers model is 14 ft in diameter.

SkyVenture (they design and build the tunnel technology) and iFLY (they are the brand that operates the tunnels) have a new tunnel model on the horizon. Most recent iFLY locations have been 14 ft models, but that is about to change as a bunch of these new 12 footers are right around the corner. 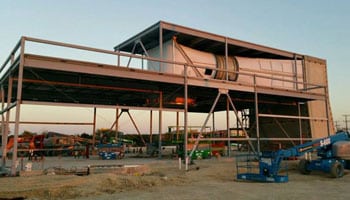 The indoor skydiving industry is growing fast, really fast. Right now Indoor Skydiving Source lists 77 publicly operational wind tunnels world wide. There are another 38 under construction and announcements for another 34. It wouldn't be surprising if the total number of tunnels doubled in the next two years. Check it all out in the wind tunnel database.

What does that mean? Well it means that the number of prime locations with large surrounding populations and space to build is slowly decreasing. We've written about the future of vertical wind tunnels, and now we are seeing some of these things happen.

Building 12 foot models will have an obvious cost advantage when it comes to construction and operation. A 12 foot tunnel can support just as many flyers and for the majority of customers (proflyers/skydivers might still prefer the larger tunnels) the experience will still be great.

Using a good mix of photos from the internet and common sense we've compiled a list of differences that these smaller 12 foot models will have when compared to a 14 foot model: 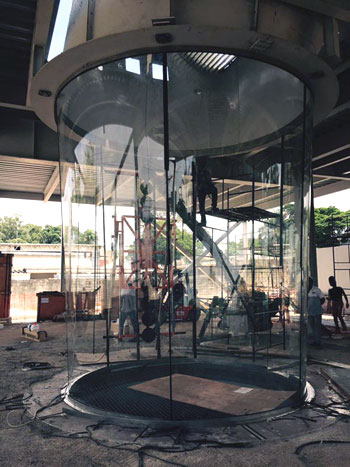 What We Want to Know!

Based on the construction schedules, we should be flying in these 12 footers beginning around the end of the year. These questions will surely be answered once we fly, but until then we are wondering:

Even though these tunnels are a couple feet shy of some of the other new tunnels like iFLY Portland, they still look great. We hope this new generation of iFLY tunnel is a success and the local flyers enjoy flying in them. Let us know your thoughts in the comments!

There are currently 7 of these models under construction and one announced. They are being constructed in the USA, Brazil, and Australia:

(Please note these opening dates are the best information we have and may not be completely accurate.)