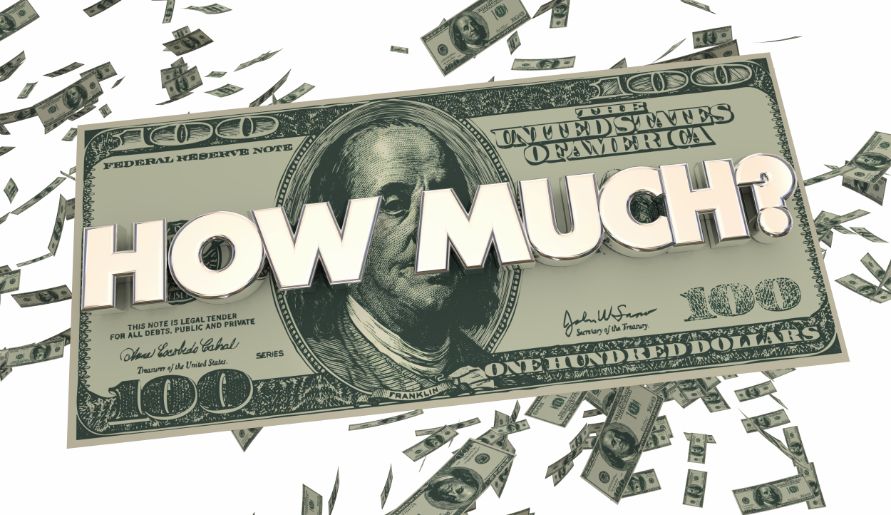 Here are ten other things you can spend your hard-earned $40 on.

A lot of folks shy away from skydiving because it’s so expensive. It’s understandable. Traditional tandem skydiving (i.e. jumping out of a plane strapped to an instructor) costs around $300 for a single jump, sometimes more, depending on whether you’re going with a group or solo, whether you have advance reservations or not, the time of year, and how reputable your drop zone is.

You can find prices cheaper than that, of course, but you’ll be hard-pressed to jump for under $200, and besides, skydiving isn’t exactly something you want to be too budget-conscious about. You are jumping out of a plane, after all.

What many people don’t realize is that indoor skydiving is a whole different ball game. You can skydive indoors at wind tunnels around the country for as little as $40 per session per person! Often, prices can go even lower than that if you’re in a group. Besides, while outdoor skydiving gives you maybe 60 seconds of freefall followed by a few minutes of parachute flight, wind tunnels offer anywhere from two to ten minutes of flight time, even for first-timers (and you can do away with the 200-pound instructor strapped to your back)!

To put things in perspective, here are 10 other things you can spend your hard-earned $40 on, instead of hopping in a wind tunnel and having the time of your life.

Who doesn’t dream of having the same exact t-shirt that over 25% of 20-something men have in their closet? Looking to pick up a graphic tee emblazoned with the Captain America shield logo, the Nirvana Smiley, or the face of Che Guevara? You can probably find two tees for under $40 and still have room for a box of Skittles at checkout. Don’t worry, the viewers on your Twitch stream will surely be impressed.

2. Sushi that Will Give You Food Poisoning

Sushi is getting a bit overrated, isn’t it? Here in the U.S. you easily spend $40 for two orders of rolls and two bowls of miso soup.

Truth be told, maybe I’m just salty because I recently spent the better part of two weeks in Guatemala squatting over a toilet bowl for four hours a day. In hindsight, ordering sushi in a Central American village probably wasn’t a good move in the first place, and when my sushi came to the table lukewarm, I probably should’ve seen that as a red flag. On the other hand, that Guatemalan sushi only cost me $2, not $40. You get what you pay for.

3. Movie Tickets, Snacks, and Drinks for Yourself and a Date

A box of popcorn and two Coca-Colas for $16? Two tickets to see the latest Fast and Furious movie for $24? Who could resist that $40 package?

What are Vin Diesel and Co. doing now? Launching a military tank off of a giant ramp into the mouth of a bionic Tyrannosaurus-Rex? Hmm. Wasn’t this series originally about racing cars?

$40 will go a long way at Starbucks. You could go indoor skydiving, or you could sate your coffee craving with 11 lattes. Truth be told, with that much caffeine in you, your heart would probably be beating wayyy faster than it would if you were jumping out of a plane without a parachute.

5. One Night at the Crappy Motel Near Your Grandma’s House

Going to visit your Grandma for the weekend? You can probably use your $40 to snag a motel room nearby. No guarantee that there won’t be a crack deal happening outside your window, though.

6. The Latest Call of Duty Game

Ahhh… wait a minute. Those games aren’t even $40 anymore, are they? What is it now, $80 for the base game, then $20 for every little weapon and character skin pack they release? Ohh man. When they said war was expensive, they really weren’t kidding.

Yeah, you read that right. The average cost that climbers paid to summit the world’s highest peak in 2017 was $45,000 (USD). I would know, I’m a Contributing Digital Editor for Climbing.

So, you can put your $40 into an index fund at 10% interest and around 71 years later (taxes not included) you might just have enough money to go climb Mount Everest. That said, 70 years from now, you may not be in good enough shape to climb in the first place (and the world could’ve been taken over by killer robots or Amazon or something, anyway).

Why wait for your thrills? Carpe diem, baby. Go drop $40 and hop in a wind tunnel.

8. Two Cocktails (Plus Tip) at the Ritzy Bar Your Friends Always Go To

A couple of poorly mixed gin and tonics with a limp slice of lime perched on the side? Music so loud it feels like your ears are bleeding? A massive scoop of sugar in every drink? What’s not to like?

Okay, so you actually can buy a hefty amount of bananas for $40, at least in the U.S. In other countries that number could be much more or less, so don’t quote me.

What you’re going to do with all those bananas... well, that’s up to you. If you’re trying to stave off a horde of wild apes, I reckon they just might come in handy.

10. One Ticket to Skydive in a Wind Tunnel (for a friend)

So here we go. We’ve come full circle. You might think $40 is too expensive to go hop in a wind tunnel and experience flying amid 150 mph winds. That’s fine. You may rather buy a couple of graphic t-shirts or 11 Starbucks lattes. We get it. It’s your money.

But you could still use that $40 and buy wind tunnel passes for a friend or loved one, so they can have the time of their life indoor skydiving.

Trust us, they’ll probably appreciate that more than a gift of 68 pounds of bananas. Unless, of course, your friend is of the simian variety…