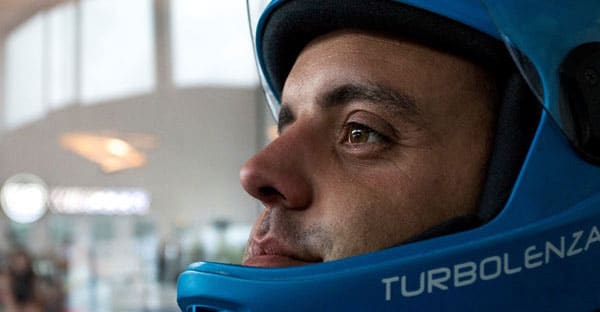 We had a chance to interview Alberto Fuertes who is the future CEO of the currently under construction Madrid Fly wind tunnel. This wind tunnel is unique as it is the first of it's kind being built. The tunnel features a slightly larger than normal 15 foot - 4.6 m diameter flight chamber.

More information about Alberto and the wind tunnel follows in the interview:

Thank you for taking the time to talk with Indoor Skydiving Source. Can you introduce yourself and give us your background?

My name is Alberto Fuertes and I first saw a parachute in my fathers airfield when I was four years old. since then I’ve been involved in skydiving in one way or another. I started packing parachutes when I was 14 and was jumping by the age of 17. As soon as I could, I started filming tandems and I got my AFF instructor and tandem master license so I could spend all my free time jumping as much as possible.

It wasn’t until after I finished my university degree and MBA in England that things got really serious. Two days after finishing university I got myself a job at Bodyflight Bedford, one of the first and for a long time the biggest wind tunnel in the world. Soon after I teamed up with British freefly team Volare and the results quickly became visible. Our greatest achievement was winning the world championships in 2009.

Since then I have been very active in wind tunnels as a competitor, coach and as a Chief Examiner for the Tunnel Instructor Organization of which I am one of the founding members.

How did the idea for Madrid Fly come about?

The dream of opening my own wind tunnel in Madrid was there since I won the World Championships. After this I decided to visit all the existing wind tunnels in Europe and I also found the engineers that have designed our technology. It took me nine more months and about fifty presentations to find EYDISA, my current partners.

Tell us about your construction partner Eydisa.

Madrid Fly is the first vertical wind tunnel project of Eydisa. (Found on in our Manufacturers section here: EYDISA)

Founded in 1983 and based in Madrid (Spain), Eydisa has been successful in the construction business for over 30 years. Together with the most prestigious engineers in the wind tunnel industry in Spain, Eydisa is now building the largest facility with the biggest glass flight chamber in Europe.

What makes Madrid Fly special or different from other wind tunnels?

Of course we didn’t invent the wheel but we are definitely unique and striving for perfection. Some things are merely improvements of existing concepts that I have seen all around the world, but others, like the cooling system, are definitely pioneering projects invented and designed by our engineers.

Absolutely nothing is left to chance and Eydisa has put a lot of time and money into building a prototype scaled 1:5 that reaches 300 km/h, making it the largest prototype ever made for this kind of business. The test results obtained with this prototype were very exciting to say the least and we are extremely confident that we have designed the best wind tunnel on the planet!

Is the tunnel's location unique in any way?

Yes, I believe so. Madrid Fly is located very near the capital of Spain, only 25 minutes away from Madrid international airport, and is easily accessible by car and public transport.

The tunnel is located in “Las Rozas de Madrid”, which is one of the fastest developing suburbs near the city center with hundreds of shops and restaurants right next to the tunnel, creating a constant flow of millions of visitors throughout the year.

What challenges have you faced since you are building a first generation wind tunnel with a company new to the tunnel business?

The EYDISA Wind Tunnels team is not facing many challenges internally. Everybody involved is extremely qualified in their own field of expertise and the communication between the different parties is excellent. EYDISA Estructuras y Diseños is responsible for all the civil works. This company has built structures that are much bigger than the tunnel.

The engineers  have been involved in the construction of some of the most famous horizontal wind tunnels in the world. Myself, having many years of experience in tunnels all over the world: I know what the weak points can be in the different existing designs.

The major challenges were presented to us from the outside. The Spanish bureaucracy was testing our patience for 33 months until we got the final building permission and thereby the green light to start the construction. According to the World Bank’s report: Doing Business, Spain is ranked 44th overall for business environment, but is only in the 136th position in the category ‘Starting a Business’. So we can say that we didn’t do too bad.

The waiting game has been extremely frustrating at times but we have never stopped working hard and the time has been used to perfect our design and plan things ahead. As a result, we are right on schedule with everything and there’s no unforeseen difficulties along the road - at least so far :-)

With so many tunnels all over Europe, how is Madrid Fly looking to set itself apart?

I have a very good relationship with management of most existing tunnels around Europe. As a tunnel Instructor Chief Examiner, I have trained most of their staff throughout the years and helped them in their initial opening period. It goes without saying that Madrid Fly is not planning to engage in any price wars with people that share mutual respect, but rather cooperate.

Madrid Fly prefers to be competitive on other areas, such as the comfort of the facilities itself, a bigger size of the glass flight chamber with clean air flow, an on-site gear and souvenir shop, a restaurant and bar serving fine food and drinks... and most of all awesome, skilled instructors and service minded, smiling receptionists, outstanding customer service and so on and so on...

What is the current construction status and when do you plan to be open?

We started the construction in Oct 2014, if everything continues at the same pace we should be opening the tunnel by December 2015. We have over 1500m² of building, 500m² of outside restaurant area and 1500 m² of general landscaping to finish. 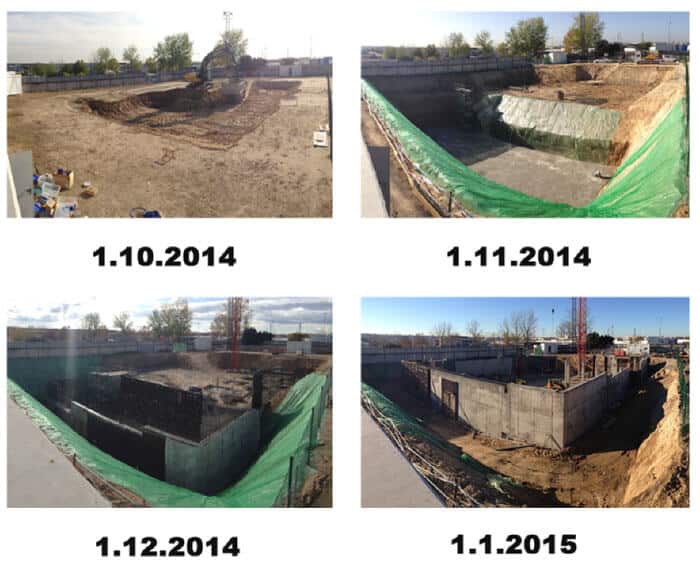 Indoor Skydiving Source would like to thank Alberto and wish him the best of luck with this exciting new project. Check out the Madrid Fly profile page on ISS to stay up to date on the latest developments. You can also see Alberto in our coach database.